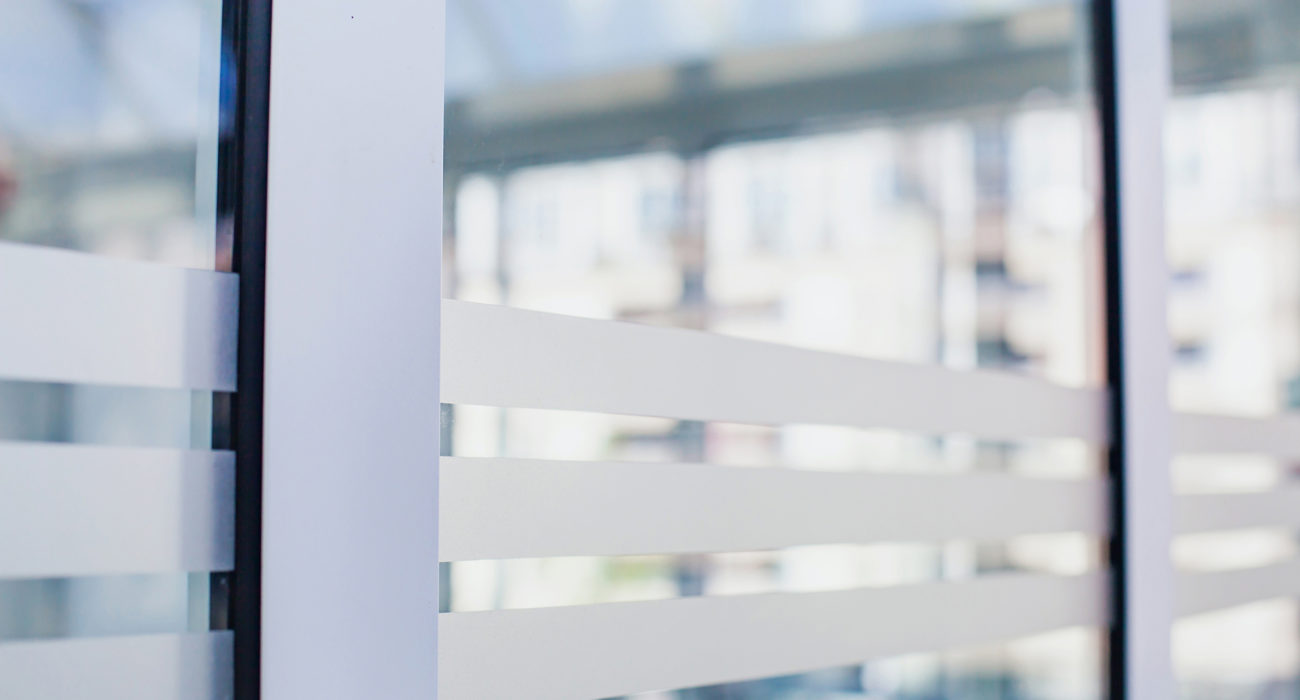 Commercial window films can be used to combat many different issues experienced with glass in a commercial environment.

This film gives a clear barrier protecting loved ones, colleagues and the general public from injury of flying shards of glass. The safety film will bring existing glass to the same legal standard as safety glass at a fraction of the cost; it’s fitted with the glass in situ so there’s no need to remove the glass to install the film. If your glass does not have a British Standard Kite Mark, it may not comply with regulations, if your glass falls into the critical areas then it is a legal requirement.

We can install safety film that will ensure that your existing glass complies to British Standard BS6206 which is the standard for Health and Safety in the workplace 1992 Regulation 14.

This is applied when windows are prone to graffiti, the film is applied and then should further graffiti be put on the window then the cost is reduced as the film can be removed and reapplied as oppose to replacing the glass. This is very popular within the transport and retail industry.

This film reflects large amounts of the suns heat and glare as well as rejecting up to 99% of harmful ultra violet rays, making the room cooler and more comfortable. Low E is short for low emissivity. Low E films absorb and emit low levels of radiant thermal energy. Low E films reflect thermal energy back to its source keeping the heat on the same side of the glass from which it came from, keeping the heat out in the summer (reducing the use of air conditioning and fans) and keeping the heat in during winter (reducing heating costs) while still letting visible light pass through. You can see pay back on your investment within a few years and reduce your carbon footprint.

This is very popular within offices as an alternative to blinds.

Frosted film is widely used within offices on glass partitions due to the natural light it allows to pass through.

Speak to our team today for more information

For further information or a free no obligation quote please do not hesitate to contact us.